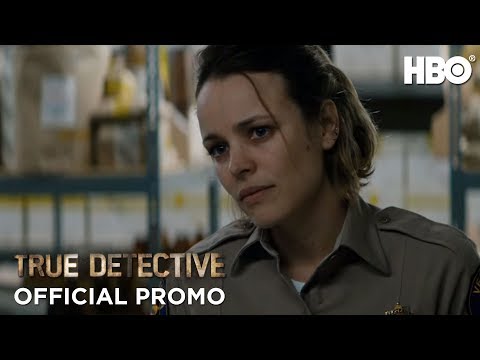 Last week people decried the cockamamie contrivance that only the three main players survived a torrential bulletstorm in downtown Los Angeles. To me, it was an indicator that they are included in the detritus whether they’re lying on the ground or not. They are already departed from this plane of existence. Either way, the episode had a ripple effect and as long as the show is causing waves, it’s an excellent sign of its longevity and place in cultural conversation.

In the aftermath of the shooting, the trio are undergoing several self-modifications. It’s startling to see Ray clean shaven and not bleary-eyed with alcoholism. He was in a cocoon of self-loathing and he has emerged with a swagger and a purpose for life but he is still the errand boy of Frank; a role that he seems increasingly uneasy with. I’m glad that the tape-recorder messages to Chad are perpetuating with some regularity.

The fact that there was an empty chair between Ani and the rest of sexual harassment seminar is a pointed character cue for her antisocial behavior. Her confession of an insatiable, nymphomaniacal appetite for penial girth was crudely funny. This season is lucidly cloven between two halves: the investigation of Caspere’s murder leading to the Mexican meth-factory standoff and the non-heroic treatment of the detectives afterwards.

The underlying mystery that continues to haunt Frank throughout the show is the five-million dollars that Ben absconded with and the whereabouts of it now. Tonight’s episode had a throttling David Fincher ambience with the Dust Brothers-esque electronic score playing over Ray’s surveillance of Blake.

Pizzolatto is audacious with how darkly recessive and subterranean he’ll explore. For example, “You could’ve been a scrap job” might be the most nastily vicious that has been uttered on the show but it doesn’t excuse the ultimately untoward plotline with Paul and his closeted affairs. W. Earl Brown would’ve been a more germane candidate for perusal.

Frank might feel qualmish about the term “gangster” and that he was “drafted” into his scurrilous lifestyle but Jordan (Kelly Reilly) wisely ascertains that his nascent prostitution ring has cratered a rift between them. In Lynchian logic, the officers might don sleek, decorated uniforms now but those are veneers over their shackled hearts in which they are doggedly pursuing a case that “nobody cares” about.

In a moment designed for Emmy and Golden Globe nominations, Farrell quietly seizes the powerhouse epiphany that his ex-wife’s rapist was caught weeks ago. While director John Crowley doesn’t savor it long enough, the next scene of Ray brutalizing Dr. Irving Pitlor (Rick Springfield) is his belligerent coping mechanism. That was a blip on an otherwise graceful metamorphosis for the second half of the season. The final shot is a neo-western cliffhanger to the showdown at the O.K. Corral between Frank and Ray.