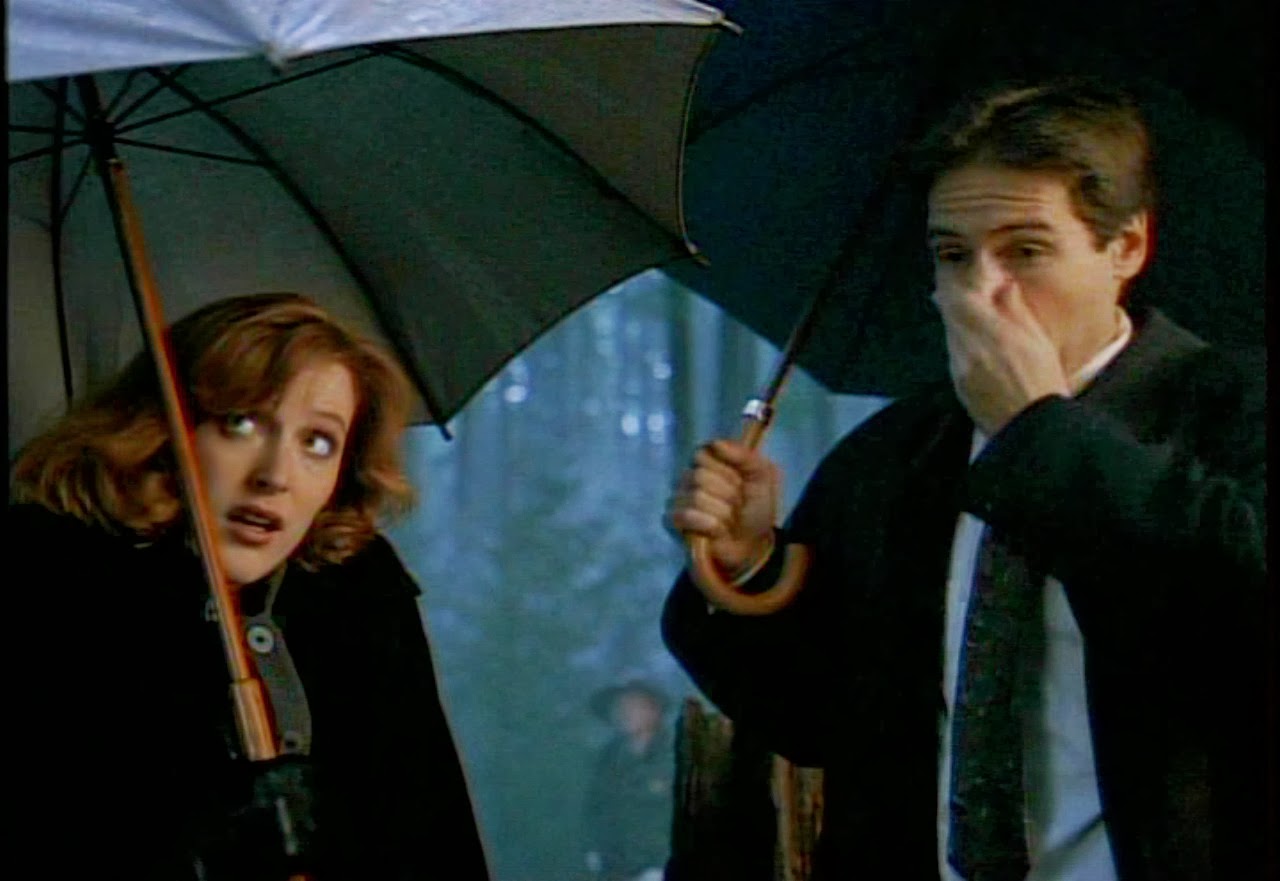 There is usually an ebb and flow to television. Maintaining a level of consistency is almost impossible. In spite of my addiction to the X-Files, not every episode is first-rate. Some episodes resemble the notorious Fly filler from Breaking Bad: padding before the next powerhouse. This is a list of a few of the worst X-Files offerings.

2. SHAPES (Season 1, Episode 18) – At this point, Scully would have to be a dunce to not conjecture that manitou or lycanthropes don’t exist when she has seen the aftermaths of two incidents where a man is shot in lieu of a Manitou. This episode also recycles the autopsy-examination-will-desecrate-the-sacred-body cliché which would easily confirm Mulder’s suspicions. The werewolf costume is threadbare and the episode doesn’t attempt to tweak the animalistic-metamorphosis trope.

3. 3 (Season 2, Episode 7) – After the dazzling two-episode arc with Duane Barry, this brazen cash-in on the Anne Rice romanticism of vampires is a soullessly retrograde misstep for the series. The mingling of biblical references with bloodsucker lore is inefficient. Mulder doesn’t anguish over the whereabouts of Scully which is puzzling after his brutal strangling of Barry in the previous episode. Without the sounding board that was Scully, Mulder just bandies his theories with nondescript agents and tosses dull puns around (“sun” for “son”).

4. FIREWALKER (Season 2, Episode 9) – In what is a liberally plagiarizing redux of Fire, this episode is languid, dunderheaded and insipid. Of course, these are the developmental pains that every show undergoes but this sabotages viewership goodwill. Once again a project leader has become unhinged and their team is being systematically killed by arcane means. A fungus creature won’t be inducing any nightmares and the result is too phallic and goofy to be scary.

5. THE BLESSING WAY (Season 3, Episode 1) – After the potential incineration of Mulder in the Season 2 finale, it’s very anticlimactic that he has somehow escaped to bury himself under a pile of rocks. The shamanic resurrection of Mulder might be the most far-fetched usage of Native American customs since On Deadly Ground. The computer chip in Scully’s neck is much more attention-seizing but the episode devotes an inordinate amount of time on the spiritual rebirth of Mulder and then the Scully subplot crumbles into drivel with Melissa’s regression-therapy involvement.

This entry was posted in Lists, Reviews, TV, Uncategorized. Bookmark the permalink.